You are here: Home1 / Katelyn Nielson 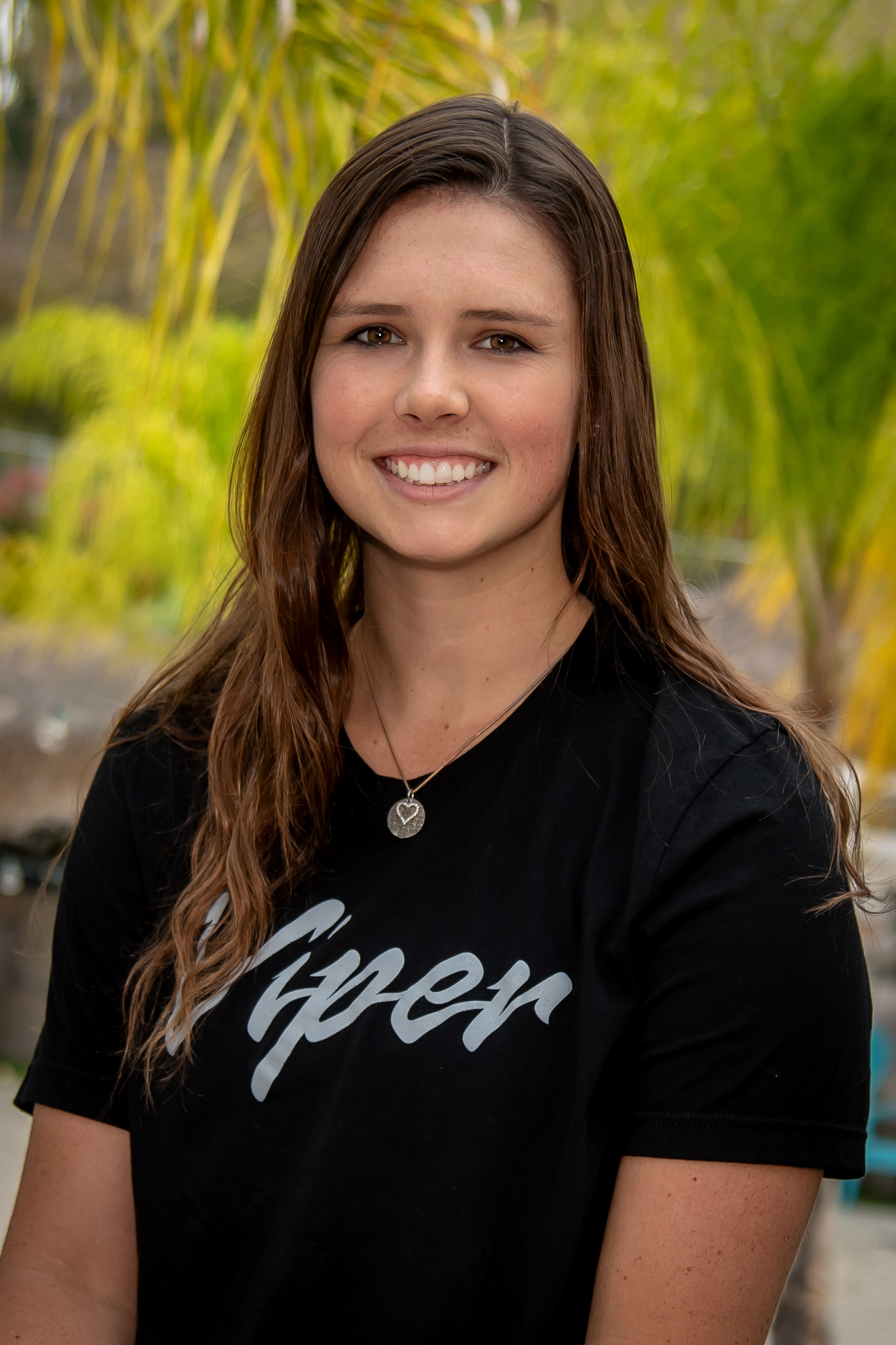 Katelyn started her volleyball career at 11 years old, here at Viper volleyball. She played locals for a year then joined our elite program when she was 12. She was a part of a team that finished in the top 5 at Junior Nationals three years in a row, while winning multiple qualifiers, and SCVA tournaments.

She graduated from Murrieta Valley High School in 2014. She made varsity her freshman year and started and played all 4 years. She was a very versatile player, playing all three positions in the front row throughout her high school career. Helping the Nighthawks to reach the quarterfinals two years in a row in Division 1 of CIF.

She went on to receive a full ride to California State University, Fullerton to play division 1 volleyball in one of the top volleyball conferences in the country, the Big West. She started for the Titans all four years, where she played both outside and opposite. Playing against nationally ranked teams like Hawaii, Long Beach State, and Cal Poly, Katelyn has played at some of the highest levels for collegiate volleyball. Her experience at Fullerton has given her great insight on what it takes to be a top athlete in the sport of volleyball. She just graduated with her Bachelors of Science in Kinesiology and Health Professions.

Katelyn lives in Murrieta with her family where she grew up. When she is not playing volleyball, she volunteers at Loma Linda Hospital and is studying and working to become a doctor. She loves to spend time with her family and friends and can often be found at Disneyland.