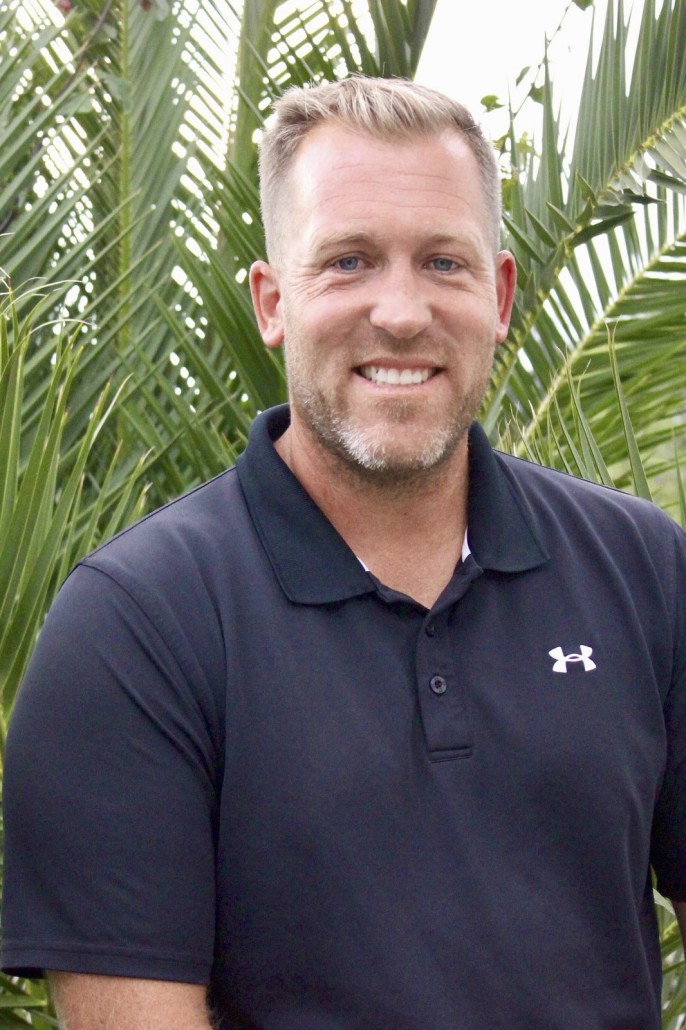 Ryan started coaching volleyball at Viper in 2013. His first 3 seasons he coached local level teams and had the privilege of training under some of our best coaches. In his first season, he coached a 12-locals team and trained under some of our best coaches.  In 2015 he was the Assistant Coach to our 12 National team. He quickly transferred his sport’s knowledge and teaching ability to the volleyball court. Ryan is an enthusiastic coach that loves to teach the fundamentals and inspire players to be passionate about sports and working together.

Ryan and his wife, Jenn, have been married for over 15 years and they have 4 children. They also have a golden retriever named Raisen, who was originally trained to be a service dog. Ryan is currently a pastor on staff at Rancho Community Church.

Ryan proudly considers himself a kid at heart and he tries to find the fun in whatever he’s doing.  He loves to spend his free playing a number of different games including golf, pickleball, corn hole, and pretty much anything else that involves competition and provides him an opportunity to beat Ed Morel!

Is beating Ed Morel in Indoor and Sand.

Ryan‘s favorite memory as a coach has been getting to coach both of his daughters over the last 4 years.