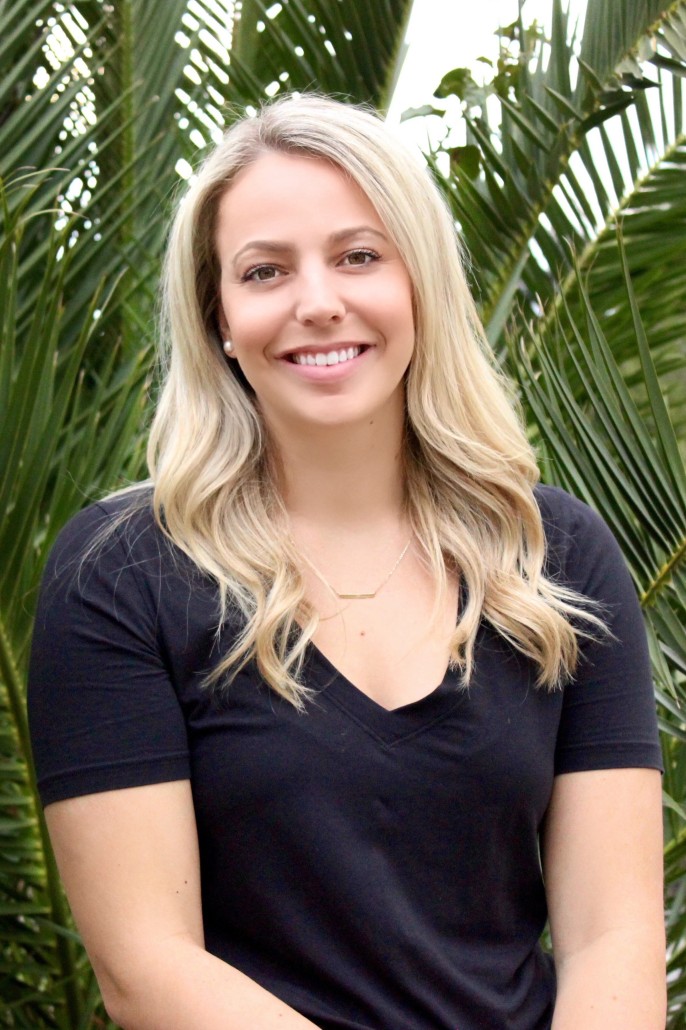 Fun Fact: Pookie is her mom.

Coach Ashlyn is one of our many players, to graduate college, and come back and join our staff. Ashlyn started playing volleyball at Viper in 1999 . She started at the club at 9 years old, and played with us until she was 18. She won several tournaments through Viper playing for Coach Steve, including the Festival back in 2005. Ashlyn also played on Varsity for all four years at Temecula Valley High School.

Ashlyn got a full ride scholarship to Sacred Heart University, in Fairfield, Connecticut. She played right side until we junior year, then played back row her senior year after a knee injury. Throughout her career the Pioneers were regular season champions twice (2010 and 2011). The Pioneers also won their conference twice (2010 and 2011), as well as proceeded to play Nebraska the number 2 seed in NCAA playoffs  in 2010, and Stanford in the NCAA playoffs in 2011. Ashlyn was ranked number 6 in the nation for Service Aces in D1 NCAA volleyball in 2009.

Ashlyn believes her strengths to be helping young players find their confidence, as well as providing a strong foundation of skills. “I find the importance of building strong, responsible young women starts as soon as the walk into the gym, I pride myself on making the small details important. From they way the girls line up their bags, to they way they treat our equipment I have high standards and expectations that allow kids to grow and develop into strong individuals.”

Ashlyn currently lives in Temecula with her family, and her dog Snaggie Maggie. Ashlyn’s favorite place to visit is Disneyland, she spends a lot of time there with her family, and Coach Merilee after tournaments. Ashlyn also enjoys spending time in Lake Arrowhead with her family. Ashlyn is a Los Angeles Dodger fan. She loves to read, her favorite series is Harry Potter. Her favorite TV show is Game of Thrones.

“My favorite memory as a player would have to be playing in the NCAA tournament in 2010. We were playing Nebraska, who was ranked #2 and Sacred Heart was ranked #63. We were clearly the underdog, and were most likely not going to win. We went out there and played some of the best volleyball we have ever played. The best part about that entire experience was the fans. There were over 5,000 people there, the stands were packed, and not even with students, just people that live, and breathe Nebraska Volleyball. I ended up tearing my ACL in that game. I remember my father walking around Lincoln, Nebraska the next day, just getting some coffee. The barista noticed he was wearing a Sacred Heart Volleyball shirt. She told my dad, “could you please let #5 know my whole church said a prayer for her”. My dad responded, “I can absolutely let her know, she is my daughter”. The entire experience, from the practices leading up to this match, the team dinner, and late hotel night, to the actual match itself were the definition of why I love volleyball the way I do.”

“This is much harder to choose! As a Coach I have had several moments I have been very proud of. I guess the moments that stand out the most to me are the moments players feel like they accomplish something really big, like serving from the end-line. One of my many favorite moments would have to be when Kendyl made her first serve over the net from the end-line. I had, had Kendyl for 2 season. We were party way through our second season and Kendyl still was not at the end-line. We added an additional tournament in Arizona, and one of our players got hurt, Kendyl was my only sub. So I put her in to watch her serve about 2 balls from the end-line. Our entire team was screaming for her! I think its the moments like this that keep me wanting to continue coaching.”

“I choose to work at Viper because I played there. When it comes to the work place I like to work for companies and people that can create an environment that feels like family. Viper has become my second family over the years, the personal relationships I have developed her as a player and as an employee are the type that last a lifetime. My favorite part of working for Viper is the sense of team and support I feel from all of my co-workers.”