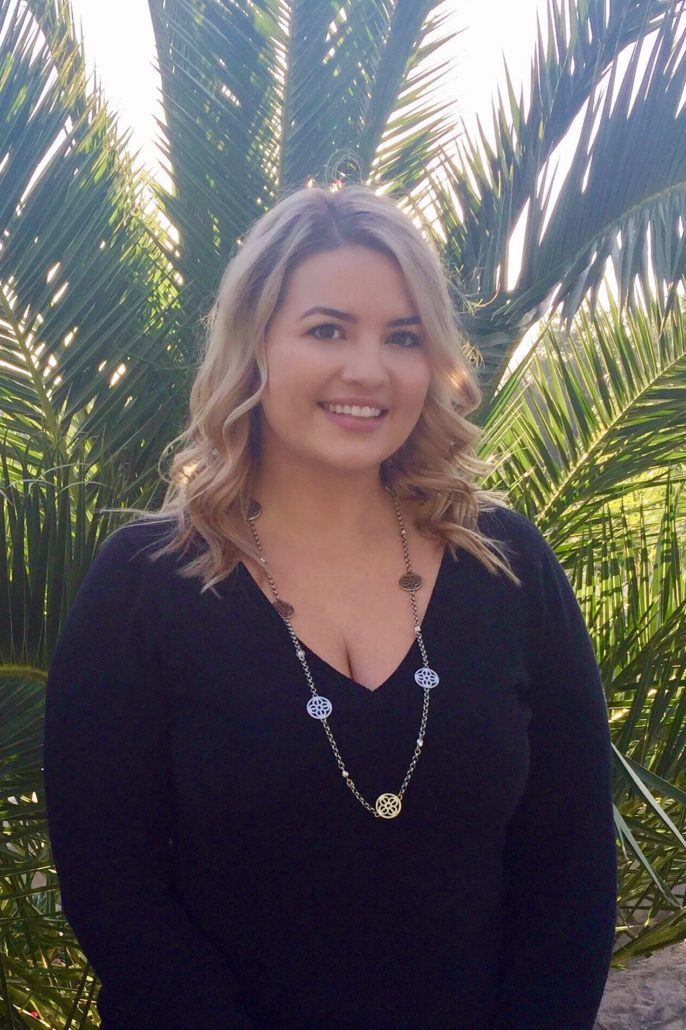 Fun Fact: I am an avid Crocheter

Alli joined a Viper team in 2001 after many years of camps and clinics and getting to watch her big sister play for Viper in the club’s beginning years. Alli competed for 5 seasons with Viper, as well as 1 year JV and 3 years Varsity at Paloma Valley HS, 1st team all-league 2006, 2nd team all-league 2005, and 1st team All- Decade Utility player for PVHS 2005-2015.

Alli has been coaching at Viper since 2006. In her years with the club, she hashead coached and assisted with teams from every age group and level. She has been a part of the ACES Program, Summer Camps and Fall Training. Alli also spent 5 years coaching high school volleyball;  Girls Freshman Head Coach and Varsity Assistant at Paloma Valley 2008-2010, Girl JV Head Coach at Murrieta Valley HS 2011-2012, Boys JV Head Coach and Varsity Assistant 2009-2012, Varsity earning undefeated Sunbelt League Championship 2011 & 2012.

Alli has great strengths with coaching beginner level players, and has found her niche is the 13U group. She believes building good habits and proper technique from the beginning is best. Being able to grow skills upon a solid base is easier then going backwards to fix a skill. She has the patience and positive coaching style to help the players through those developmental seasons of playing a new sport. She enjoys encouraging her players to find the passion and fun in playing competitive volleyball.  Alli also focuses on preparing the girls for their future in and outside of volleyball. She hasrealistic, but high, expectations and requirements for her teams and individual players behavior and attitude, regardless of level of skill. Playing sports is usually such a small period in an athletes’ life but teaches important skills for the rest of it. Accountability, discipline, perseverance, leadership, ability to follow direction, and work as a team.

Alli lives with her family in Menifee where she grew up. When she’s not coaching volleyball, she’s working and helping run her family’s metal fabrication business or crocheting baby blankets for family and friends. Alli is a crafting and DIY fanatic! She also loves getting to be a new Auntie to her niece Stevie Jade, going to country concerts, and her favorite place to visit and spend free weekends is the river in Parker,AZ.

What is your favorite memory as a player?

One of my favorite memories as a player was at the volleyball festival in Reno, my sophomore year club season. We were playing in a weird hotel ballroom, it had been the longest day of volleyball and our day ended when I served the game point ball at 12:01 AM! As an adult that doesn’t seem significant, but as a kid, playing that late at night was so exciting and unique! But My absolute favorite part of playing volleyball was getting to work hard and compete with my best-friends. The memories that stick out to me the most aren’t the kills I got or the games we won; it was the experiences I had with my teammates, it was the inside jokes and the funny dress up dance parties we had in hotel rooms at away tournaments. I have made and kept so many friends from my years playing volleyball, Coach Kelly and Coach Ashlyn just a being a few of them!

I choose to coach at Viper because this club is my family. When you spend 15 plus years walking into a gym where you feel completely at home and surrounded by positive people who love and share a passion for the same thing you do, why would you choose to “work” anywhere else?  I am a firm believer that ” Your vibe attracts your tribe”  and the players, families, and coaches that choose to be apart of Viper are perfect examples of that.