You are here: Home1 / BREEANN THORNTON 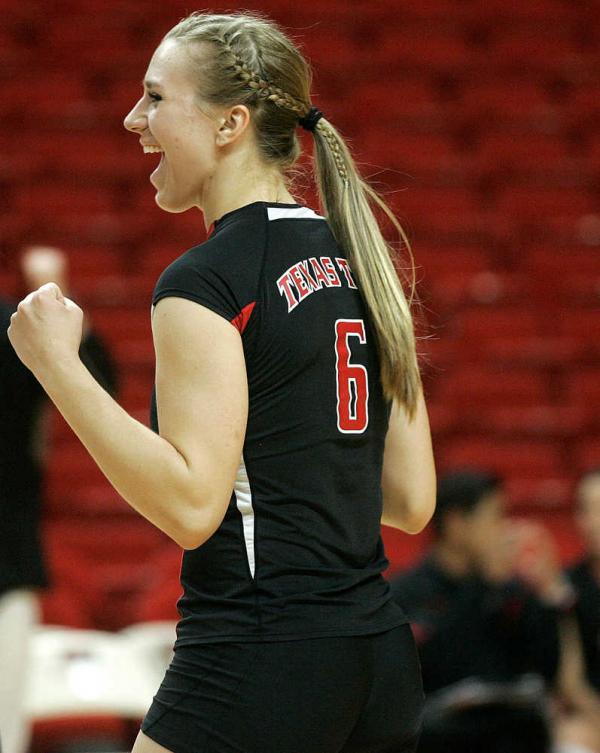 Breeann grew up in the small West Texas town of Denver City where she was a multi-sport athlete, competing in volleyball, basketball, and track.  She was a 4-year District MVP as well as All-State middle blocker/setter for the Denver City Fillies.  She was named a honorable mention Under Armour All-American following her senior season and ended her high school career with school records for kills (2,758), blocks (753) and assists (1,813).  In basketball, she was a 4-time All-District player and received All South Plains honors her senior year.  In track, she competed in multiple events, making it to state her senior year in high jump and three times in the 100m hurdles in which she placed third as a freshman and junior and second as a senior.

Coming from a family of former Texas Tech athletes, once graduating high school, she made the decision to attend Texas Tech where she was a 4-year starter at outside for the Red Raiders.  She was selected to play for the USA in the summer of 2015 and competed in Europe as part of the Collegiate National Team.  Her senior season, she made her mark in the Texas Tech record books by reaching 1,000 career kills.  She now sits at #8 all time with 1,011 kills.  She gained a lot of experience teaching volleyball by working at the Tech Volleyball Camps and putting on clinics for schools.  She graduated from Texas Tech with a degree in Exercise and Sports Science.

Breeann is very family-oriented and considers her brother, Clancy, and sisters, Leah and Karley, her best friends.  She recently moved to Temecula with her husband, Garrett, who is a Logistics Officer in the Marine Corps.  Her family remains in Denver City, Texas, as her mom, Megan David, is the head volleyball and track coach, and her dad, Stan David, is the city manager.  Her older sister recently became a NFL Sports Agent, her younger brother is majoring in Mechanical Engineering at Texas Tech, and her younger sister is attending LCU (Lubbock Christian University) where she is playing volleyball and majoring in Business Finance.  Outside volleyball, she enjoys crafting and spending all her free time with her husband and German shepherd, Atlas.